Founding of The Philomathean Society, January 4, 1852 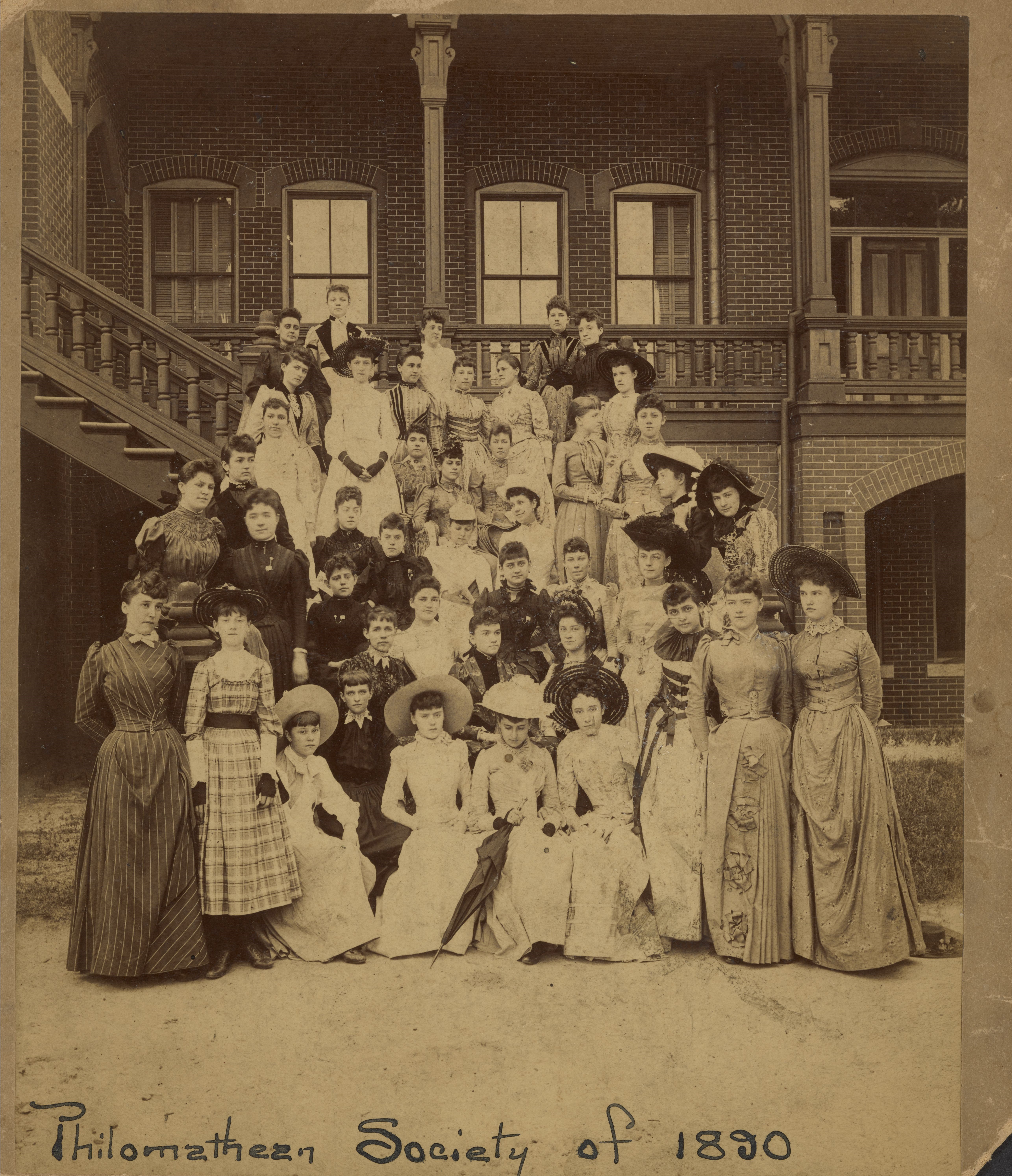 Historical evidence strongly indicates that it was Mary Ann DuPont (Lines) who initiated the founding of the Philomathean Society and, in doing so, brought the idea to two friends: Mary Elizabeth Myrick (Daniel) and Martha Bibb Hardaway (Redding) on January 4, 1852. The founding of the Philomathean Society followed, by approximately seven and one-half months, the founding of the Adelphean Literary Society at Wesleyan on May 15, 1851. The story is told that Mary Ann was roommates with Eugenia Tucker Fitzgerald, the founder of the Adelphean Society. The two roommates, it is said, were at once close friends and active rivals. They each championed their own societies while at the same time preserving their friendship. While this story is impossible to confirm, it is possible, as Mary Ann entered Wesleyan in 1851 and Eugenia was in school that year preceding her graduation in 1852. In the first few months after the Philomathean Society's founding, the three Founders gathered additional members, wrote a constitution, created an initiation ceremony, and adopted both secret and open mottos. In lieu of badges, which would be designed and made later that year, members were identified by a blue ribbon. On March 4, 1852, the members formally announced their new Society to the College and the world. This day has become Phi Mu's traditional Founder's Day.