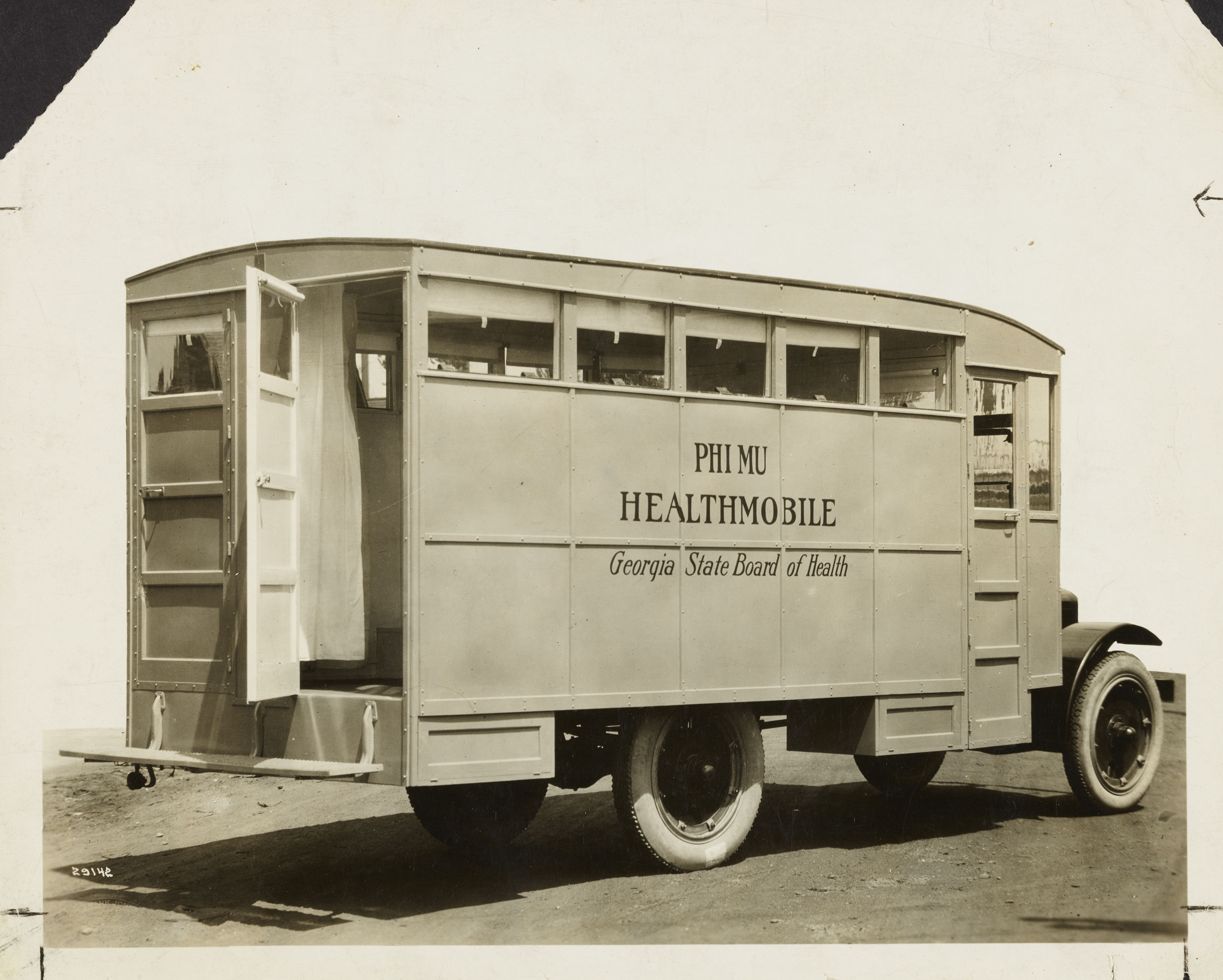 In the wake of World War I and the success of Phi Mu's sponsorship of a war worker in France, it was decided another national philanthropy should be adopted. At the 1921 National Convention, Florence Seder (Burns) presented the idea for the Healthmobile - a child hygiene truck paid for and equipped by Phi Mu but run by the Georgia State Board of Health that would travel to rural sections of Georgia providing free health-care services for children and health education for their families. Approved at the 1921 Convention and equipped and ready to go in less than a year thanks to the tireless work of Philanthropic Board Chairman Margaret Eidson, the Healthmobile set out to Chatham County, Georgia on June 5, 1922 for its first mission. Traveling for 18 weeks on this first mission, the staff held prenatal consultations with 368 women, examined 3,456 infants and small children, and showed educational health films to 30,038 people. Throughout the tenure of the program, four different Healthmobile vehicles were purchased and equipped by Phi Mu in order to continue to meet the demand of the rural population. In 1930, the Healthmobile changed its focus from infant and child health to tuberculosis screenings, which continued until 1939. In the 1940s, however, changes in state budget policies made it impossible for Phi Mu to continue to directly support the Healthmobile itself, and by July 1944, World War II conditions ended the program.