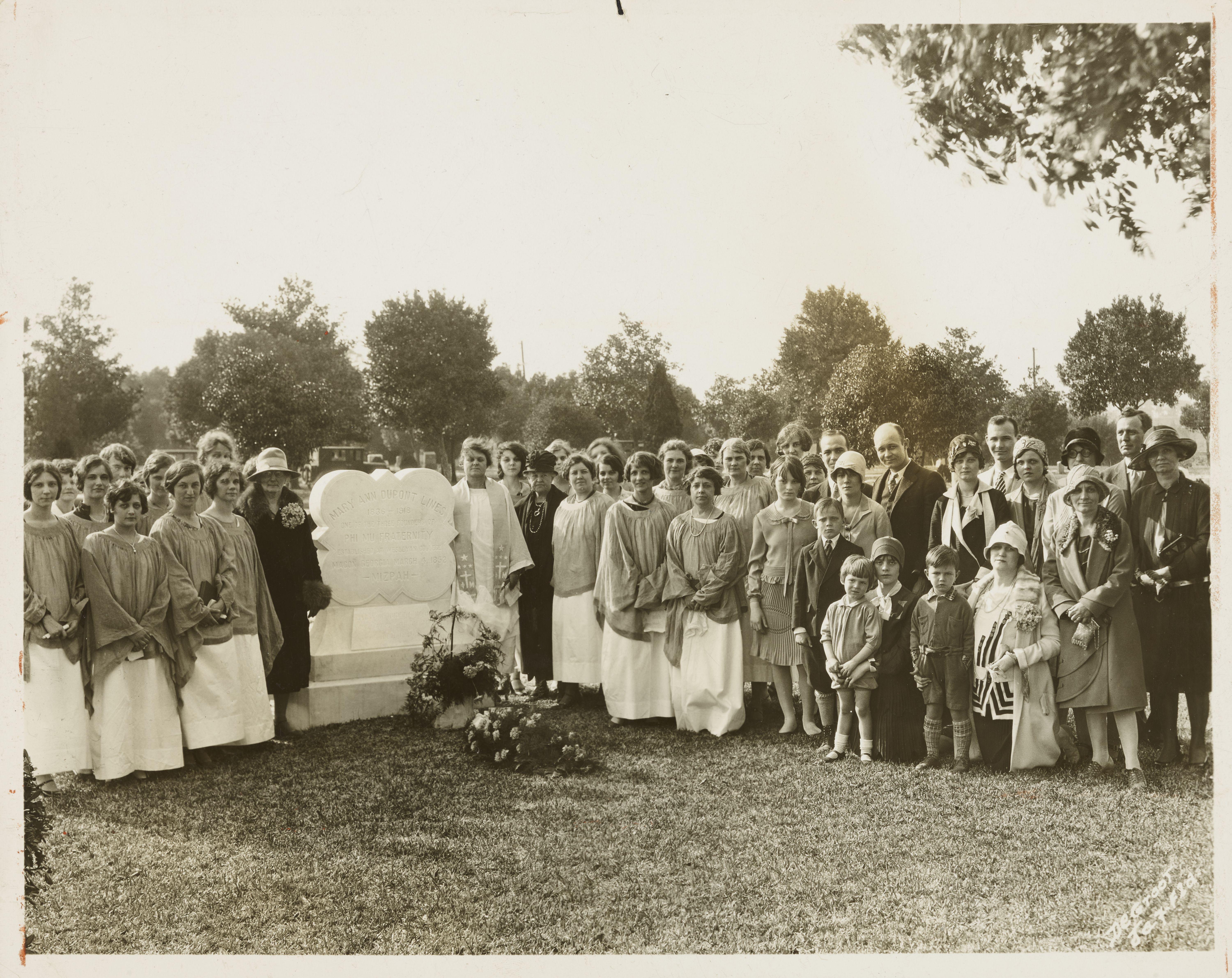 Phi Mu returned to Wesleyan College, where the Fraternity was founded, for the 1927 National Convention that celebrated its 75th Anniversary, or Diamond Jubilee. The anniversary convention drew the largest attendance at a convention to that date with approximately 300 guests, including a large number of Philomatheans. The Fraternity arranged for badge-shaped marble monuments to be erected at the graves of the three Founders and a formal unveiling ceremony was held for the monument at the grave of Martha Bidd Hardaway Redding in Macon. The anniversary also marked the introduction of Phi Mu's first comprehensive history, The History of Phi Mu Fraternity, 1852-1927.