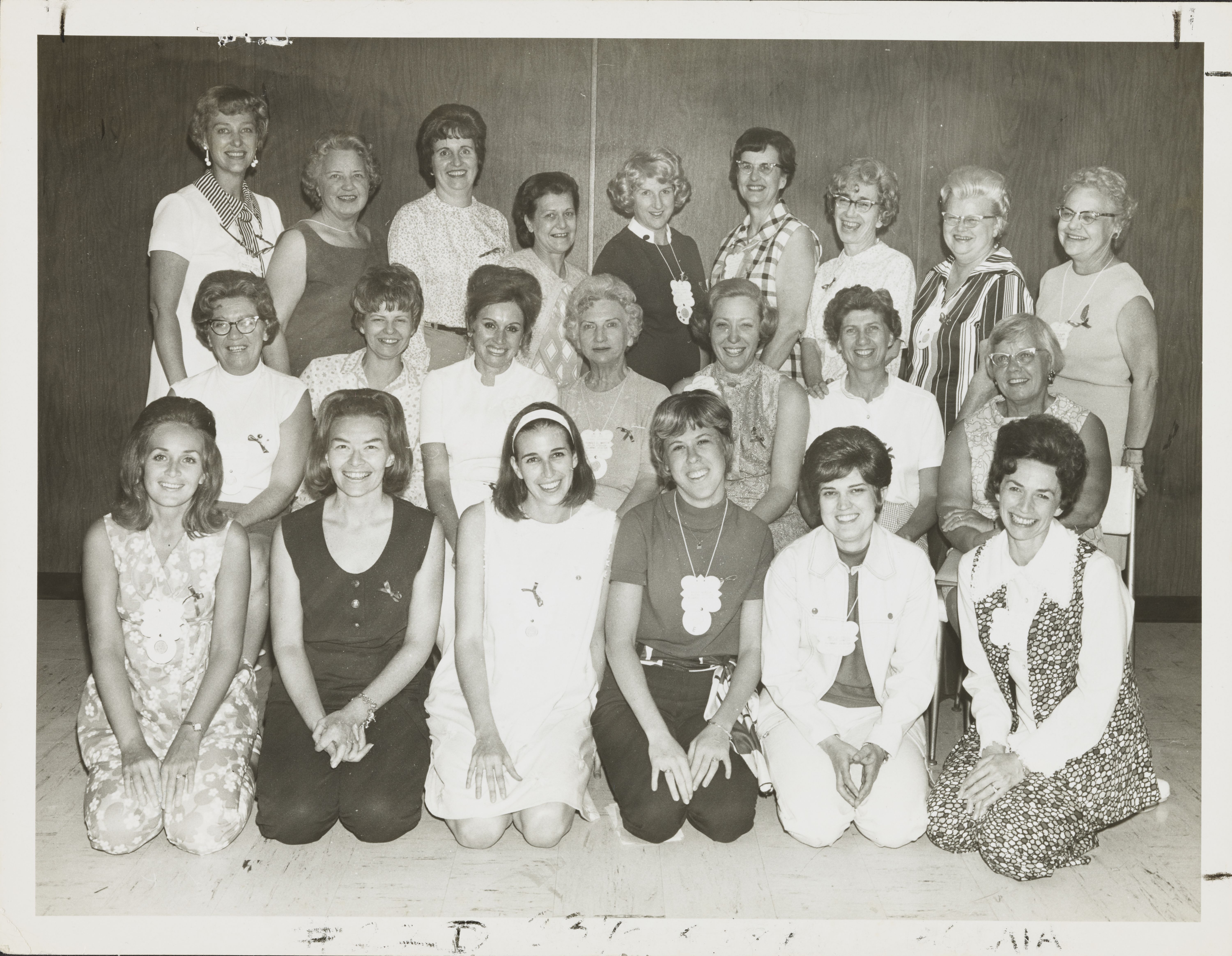 Trestrella, an elite organization for Phi Mus who have attended three or more National Conventions, was first proposed by former National President Nellie Hart Pierce at the 1929 National Convention. The name Trestrella, Spanish for "three stars," was taken from a petitioning group, the Trestrella organization at Pennsylvania State College, which was accepted at that convention and became Beta Mu Chapter. The "officers" of the new organization took on Spanish titles with Nellie as El Commandante; Margaret Leigh Eidson, another Past National President, as Capitan; and Mary Dawson as Ayundante. There were 24 charter members initiated into the newly formed organization at the 1929 Convention. Today, total initiated Trestrella membership is over 1,000.