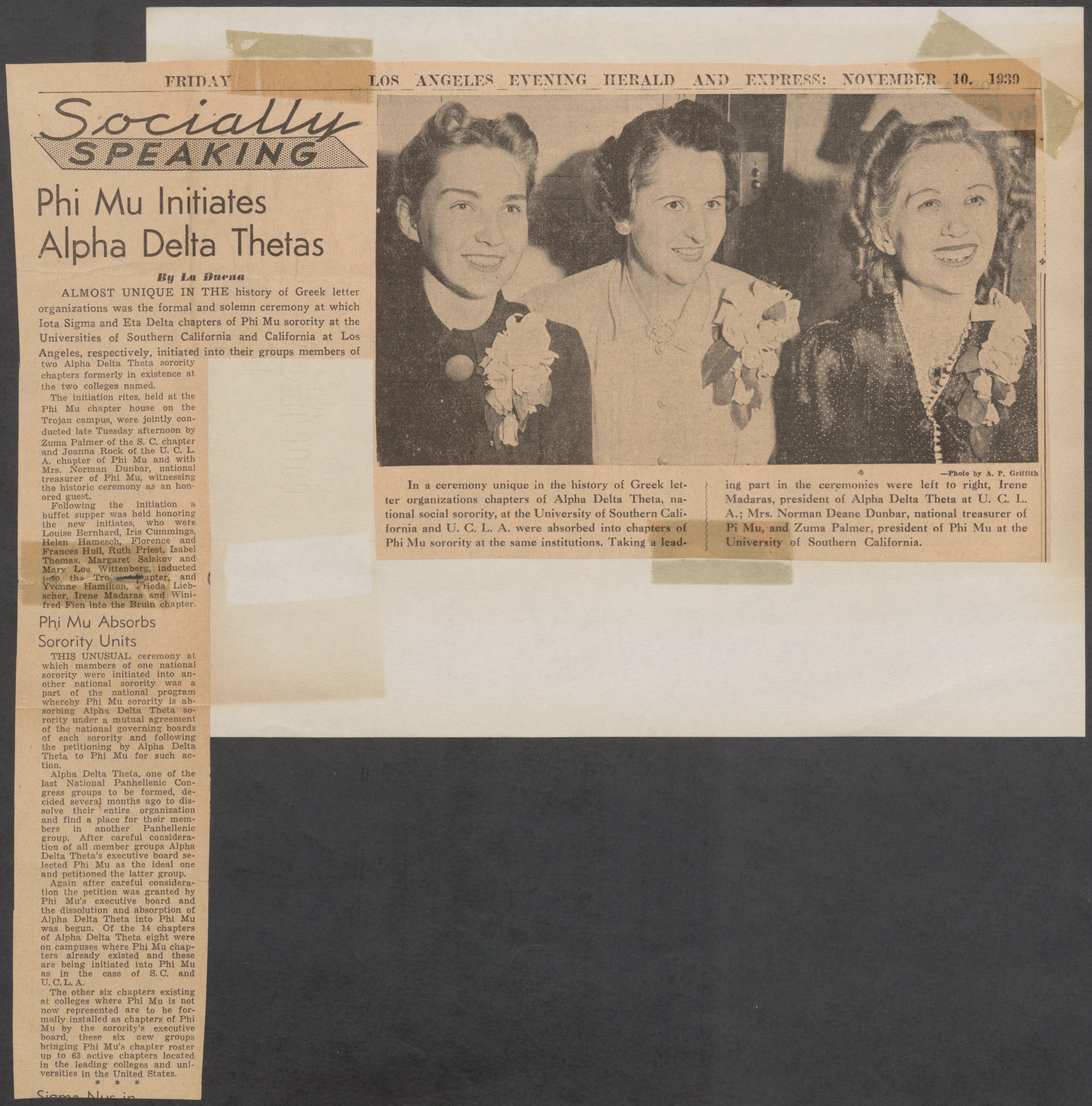 In 1938, the Grand Council of Alpha Delta Theta decided to take the unprecedented step of merging with another fraternity. With some larger chapter houses unable to cope financially in the post-Depression years and the extensive campus building programs necessary to be competitive, Alpha Delta Theta sought to join with another group rather than leave their chapters and alumnae with the possibility of no Greek affiliation if the organization were to close. So, in late summer 1938 Alpha Delta Theta's National Panhellenic Congress Delegate, Violet Young Gentry, approached Phi Mu National President, Alice Miller, about the possibility of a merger. The decision was made that Alpha Delta Theta would be assimilated into Phi Mu and turn over all assets held by its national organization and all assets and properties held by the individual chapters and alumnae groups. Phi Mu would acquire five new collegiate chapters and eight others would merge with existing Phi Mu chapters. The merger became official on August 30, 1939 and was announced to the Greek world at the 26th National Panhellenic Congress in November 1939.