Restoration of the Philomathean Room, March 4, 1945 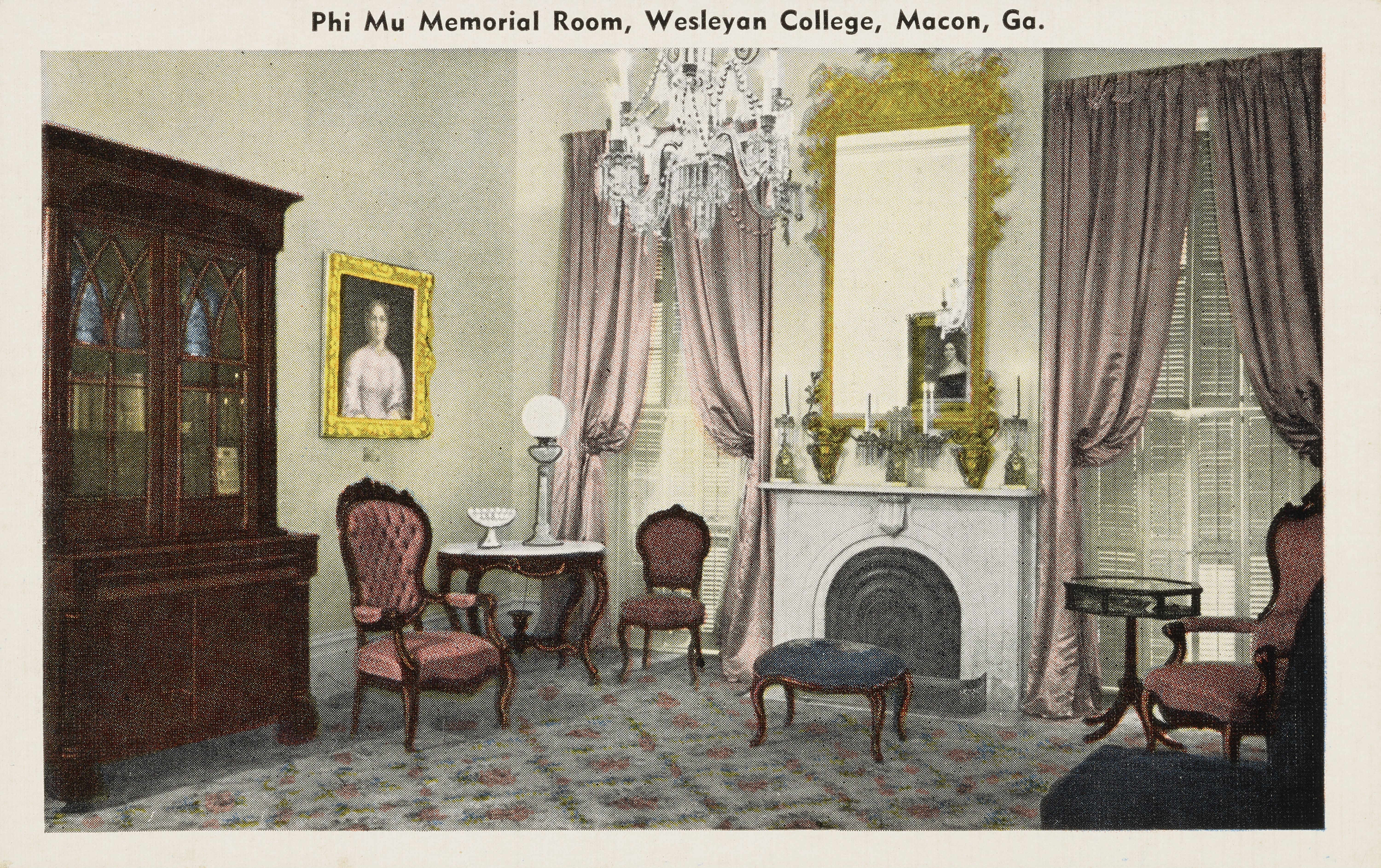 The Philomathean Society and the Adelphean Society originally had two parlors on the first floor at Wesleyan College and, in 1881, were given two large rooms on the top floor of the building. After sororities were banned at Wesleyan in 1914, however, these rooms were lost. On Founders' Day 1941, following a dedication of a plaque commemorating the founding site of the Philomathean Society, a group of Phi Mu alumnae began to talk about restoring the Philomathean Hall with period-appropriate furnishings. The National Council approved the proposal in April 1941 and $1,500 was appropriated for the restoration. In addition to the $1,500 from the National Council, the furnishings for the newly restored room were made possible through generous gifts from Phi Mu alumnae and their families. Formal dedication of the Philomathean Room, which had been delayed due to World War II, took place on Founders' Day 1945. In 1962, the Philomathean Room was relocated to Cannonball House, an historic 1853 Macon mansion owned by the Sidney Lanier Chapter of the United Daughters of the Confederacy.