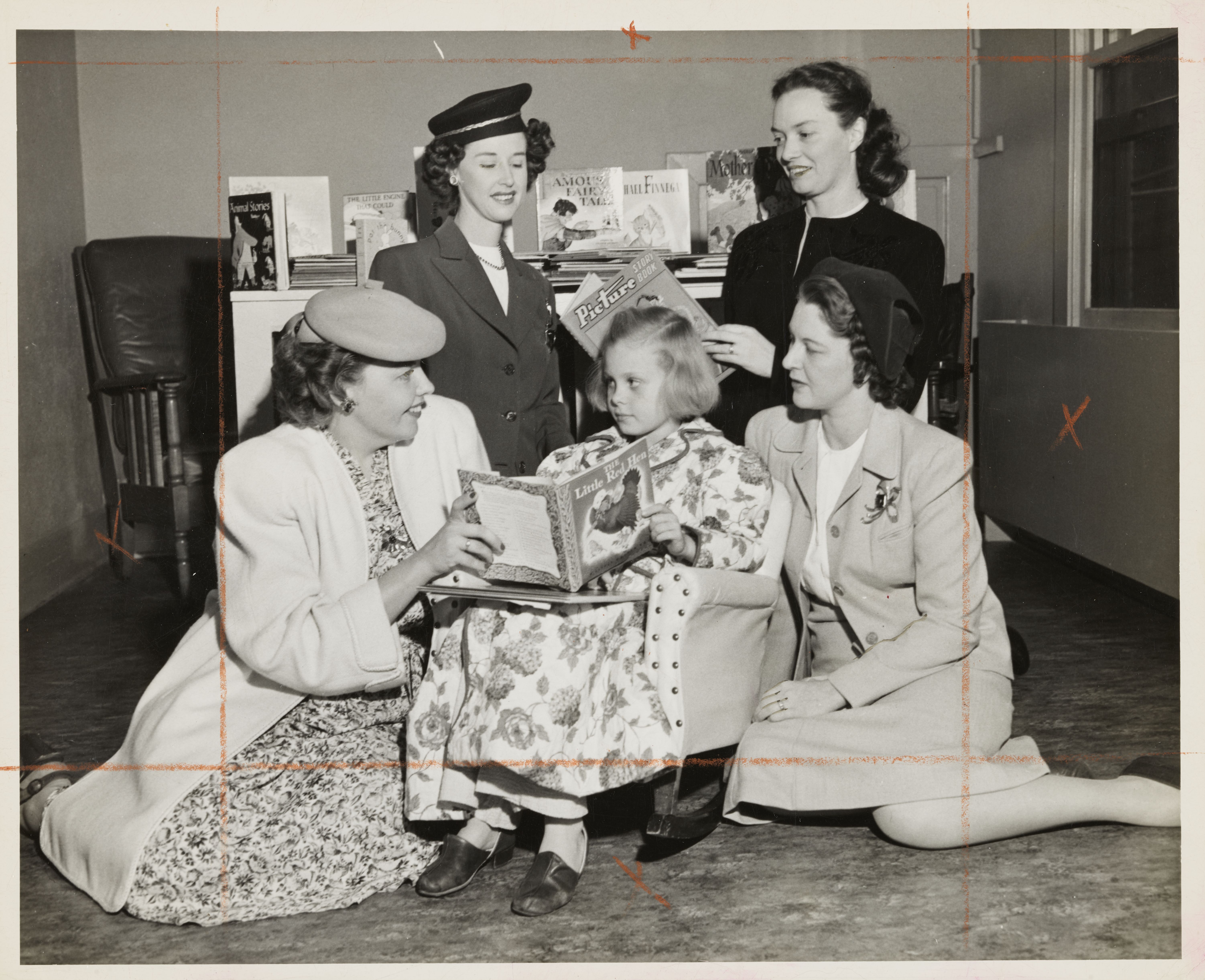 After the Healthmobile program ended in 1944, there was a need for a new national philanthropic project. The idea for the Phi Mu Toy Carts began in 1940 with Leta Derby Guthrie of the Tulsa Alumnae Chapter. Working with the local hospital, the Tulsa Alumnae and Epsilon Gamma collegians purchased a metal tray cart and began to collect toys, which they would then distribute to children at the hospital. The Tulsa Toy Cart was so successful, that that project soon spread to the Toledo, Cincinnati, Cleveland, and Lexington Alumnae Chapters. At the 1946 National Convention, the Toy Cart was adopted as the official national philanthropy. Two years later, 46% of alumnae groups had their own toy cart, and by the end of 1949, collegiate chapters were establishing them as well. By 1951, some groups began to add second, third, and even fourth or fifth toy carts in additional hospitals in their area. The greatest number of toy carts in operation at a given time was in 1958-60, when a reported 122 Phi Mu Toy Carts were in operation. The number of toy carts began to decrease, however, with the introduction of Project HOPE in 1963, but as many as 19 collegiate chapters and 13 alumnae chapters were still operating carts in the 1980s. The longest running toy cart service, in the project's founding location in Tulsa, maintained three toy carts into the 1990s.