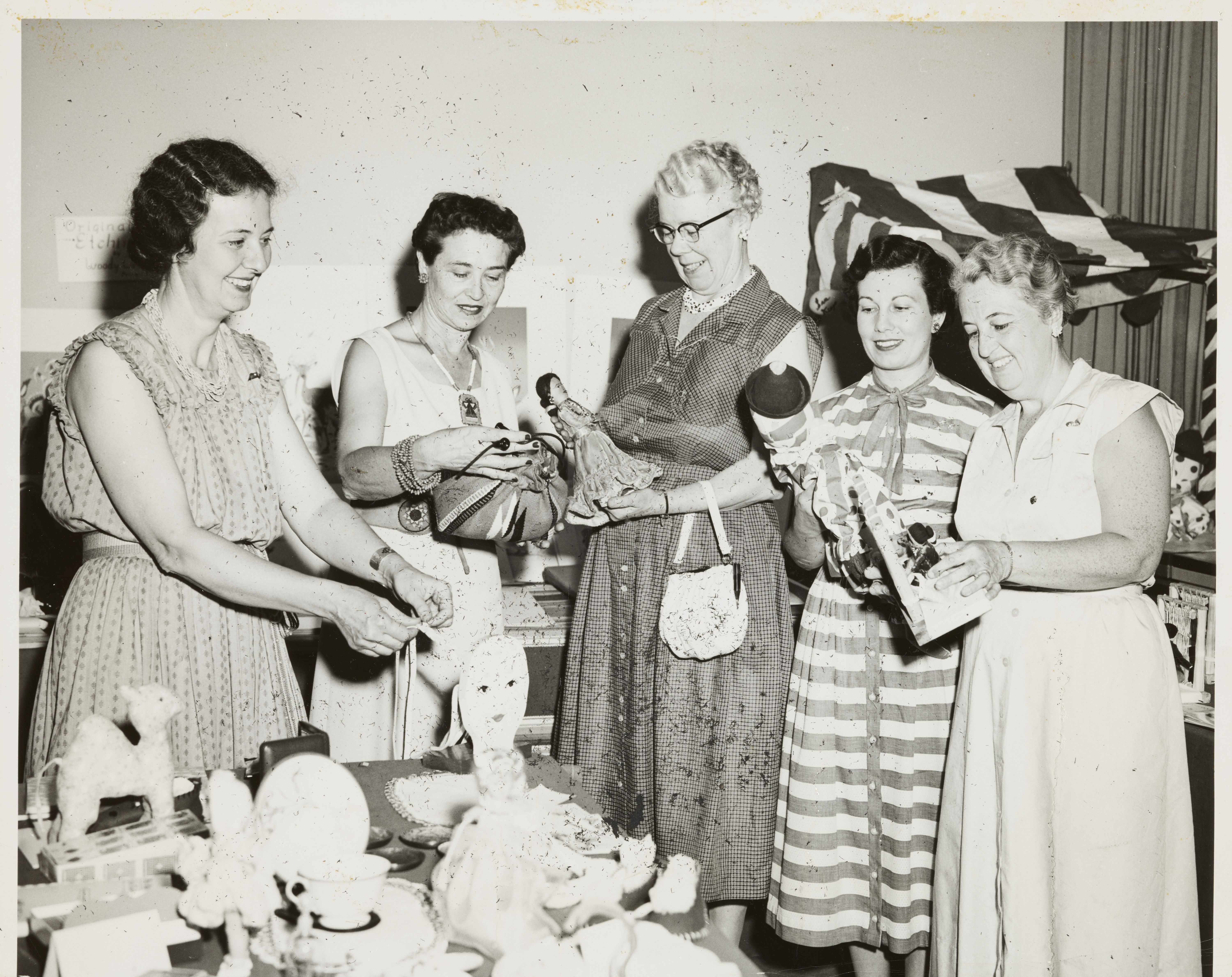 The first Carnation Shop, a precursor to today's Carnation Collection, was introduced at the Centennial Convention in 1952. Many attractive and useful items were sold by alumnae groups in an attempt to raise funds for the Centennial Fund and gross sales amounted to more than $2000 (over $18,000 in today's currency). The shop was such a success that sales were extended beyond the National Convention through mail orders and the shop reappeared at subsequent conventions. Sponsorship of the Carnation Shop was taken over by the Phi Mu Foundation in 1984.