Project HOPE is Adopted as a National Philanthropy, 1963 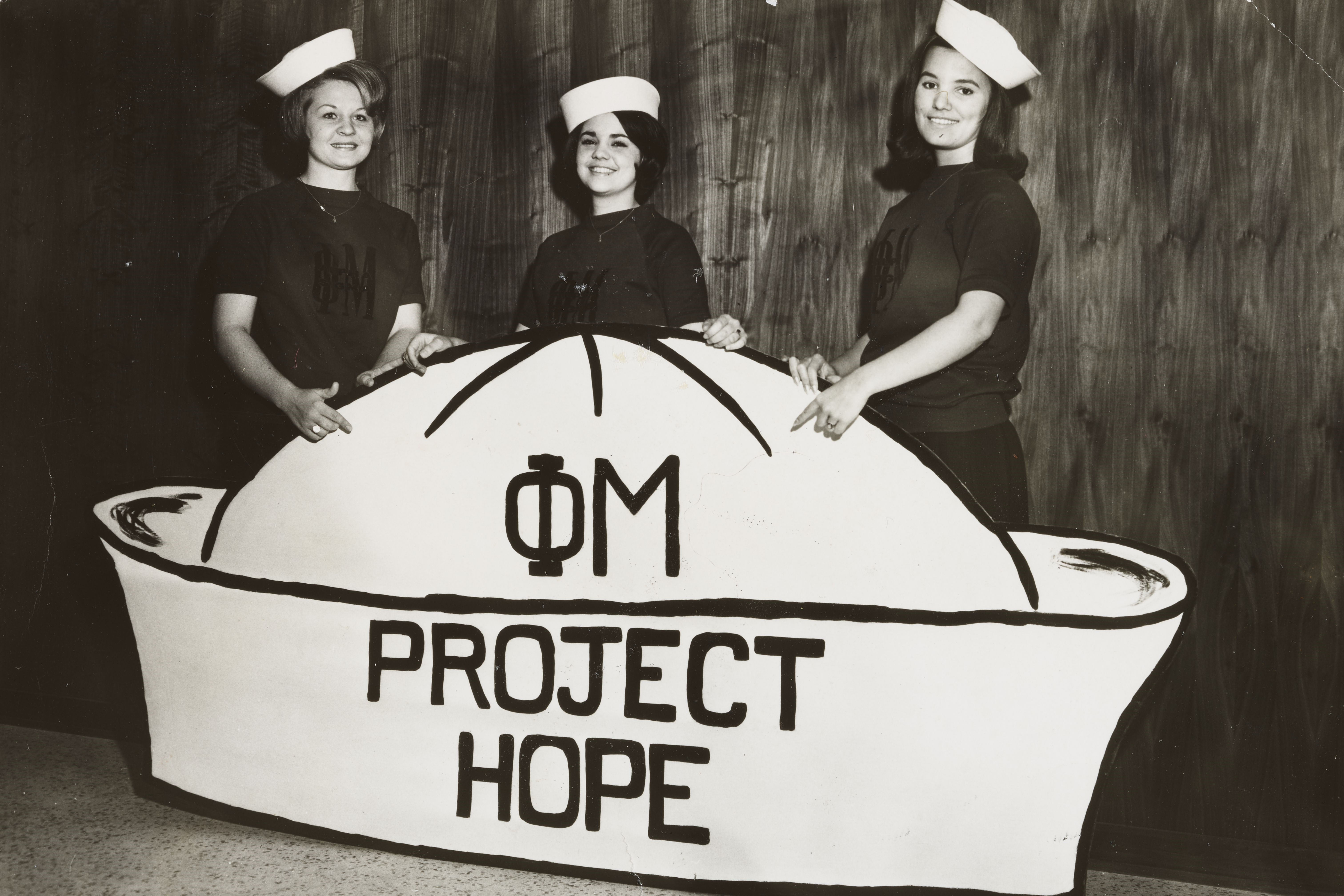 Because the Phi Mu Toy Cart program was carried out locally, many Phi Mus did not believe the project adequately fulfilled the need for a national philanthropy. Discussions regarding a more national or international project began in 1952, but it was not until 1963 that a project was decided upon: Project HOPE. The SS HOPE hospital ship began in 1960 with a mission to teach the latest health-care techniques to medical, dental, and paramedical personnel in developing countries. The parallels to Phi Mu's original national philanthropy, the Healthmobile, made Project HOPE particularly appealing to many, and the program was approved via mail-in ballot in 1963. That year, 26 countries requested the SS HOPE visit one of their cities. The ship itself was retired in 1974, when it became clear that its mission had outgrown the SS HOPE. In its place, Project HOPE concentrated on land-based programs overseas. In 2000, Project HOPE had 55 programs operating in 28 countries. Phi Mu supported Project HOPE through gifts from the Endowment Fund as well as through money raised by individual collegiate and alumnae chapters. Fundraising methods ranged from bake sales, bridge parties, and car washes to hikes, skate-a-thons, and entertainment marathons.