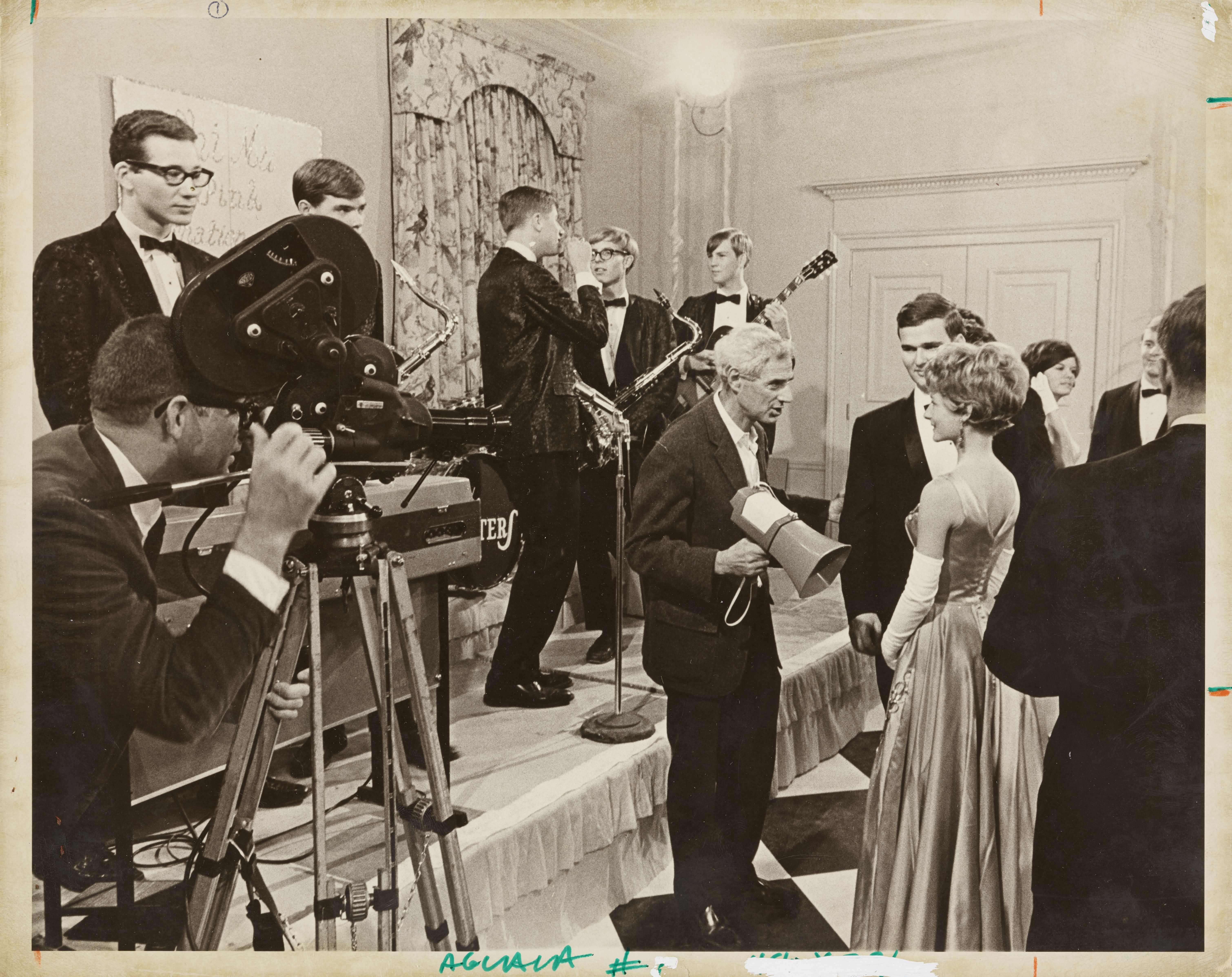 The first film of its kind to be produced by a women's fraternity, Phi Mu's "Carnation Ball" premiered at the National Leadership Conference in July 1967. Work on the 18-minute color production, which cost $7,000 (the equivalent of more than $52,000 today), began in 1965 with the University of Georgia Communications Department as producer and Hill Bermont as director, with a script originated by Phi Mu Publications Director Annadell Craig Lamb. The film was based around the preparations for a Phi Mu dance, the traditional Carnation Ball. As the preparations are made, five chapter members and their Chapter Adviser talk about the part Phi Mu has played in her life, emphasizing scholarship, social service, alumnae membership, group participation, and recruitment. There were no professional actors in the movie, rather the collegiate and alumnae members in the film were real Phi Mus, and the young men were fraternity friends of Alpha Alpha Chapter members. Most of the scenes were shot at Alpha Alpha's impressive new chapter house, with scenes focused on Phi Mu's heritage shot in Macon. Other chapters that appeared in the film were Eta Zeta at Fresno State College, Alpha Eta at Louisiana State University, Epsilon at Millsaps College, Eta Iota at the University of Arizona, and Delta Epsilon at Purdue University.