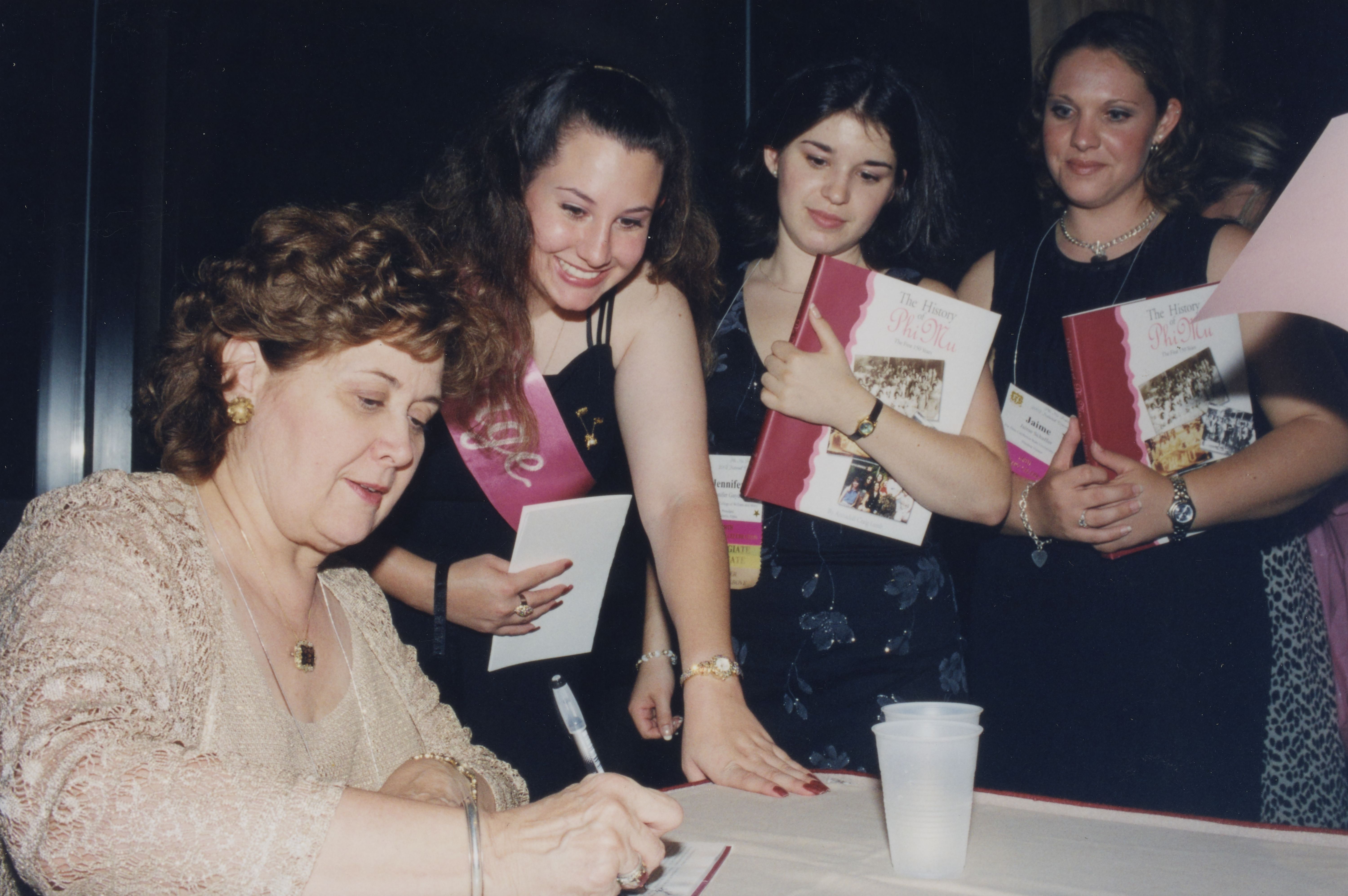 The Phi Mu Sesquicentennial in 2002 with an anniversary theme of "A Proud Past ***A Promising Future" began with a proclamation signing and press conference at the Philomathean Room on January 4, 2002 to commemorate the date of the Philomathean Society's founding 150 years earlier. For Founders' Day in March, collegiate and alumnae chapters across the country celebrated by wearing special ribbons in memory of the Founders and by contributing something for a time capsule to be opened in 2102. In collaboration with Alpha Delta Pi, founded at Wesleyan as the Adelphean Society just seven months before the Philomatheans, a red brick gateway was given to Wesleyan in honor of the organizations' 150th anniversaries. The largest event during the anniversary year, however, was the 2002 National Convention held in Atlanta. At the opening dinner, Phi Mu's newest history book "The History of Phi Mu - The First 150 Years" was officially presented. For those who could not attend the National Convention, reunion events of all kinds were held at collegiate chapters across the country.